As Republicans flail to talk about anything other than their repeated votes to repeal American health care, here’s a quick reminder: the GOP-led House voted 9 times to rip away protections for pre-existing conditions.

Republicans are flat-out lying to the American people. Share this video to make sure they don’t get away with it. 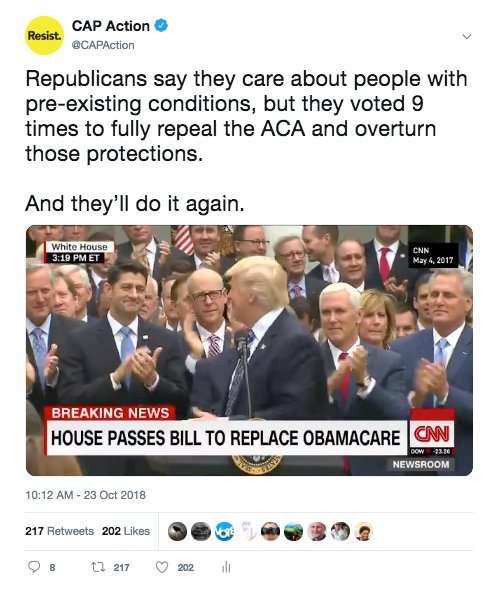 MIDTERMS 2018: TRUMP’S AND THE GOP’S STRATEGY OF LIES.

Those are the key pillars of the GOP’s midterm strategy leading up to November 6. The lies are countless and focused on topics across the board, though chief among them are issues of health care and immigration.

The news media is catching on:

Even for a president who has already lied more than 5,000 times, and for whom lying seems to be a way of life, the past weeks have been a dazzling display of dishonesty. And the Republican Party is all aboard.

To borrow from Kevin Drum’s powerful thread this morning:

The list goes on and on in this era of unchecked dishonesty and corruption.