Accountability for Kavanaugh is long overdue

It’s time for Kavanaugh to face a real investigation

Last October, the Senate confirmed Brett Kavanaugh to the Supreme Court, bringing the number of conservative ideologues on the court to five—enough to overturn Roe v. Wade, rule in favor of Trump’s attacks on the Affordable Care Act, and serve as a rubber stamp on many of this administration’s most horrific executive actions and policies.

Despite a history of allegations of sexual assault against Kavanaugh, McConnell and leading Senate Republicans never conducted a real investigation and disparaged the women who came forward. The supposed FBI investigation was a joke, tiny in scope and hampered by Trump’s barrage of political attacks on the process.

The New York Times story this weekend was yet another painful reminder of just how little was done to ensure Kavanaugh was subject to any true oversight. But something is different now: The House has a Democratic majority that is actually interested in accountability. 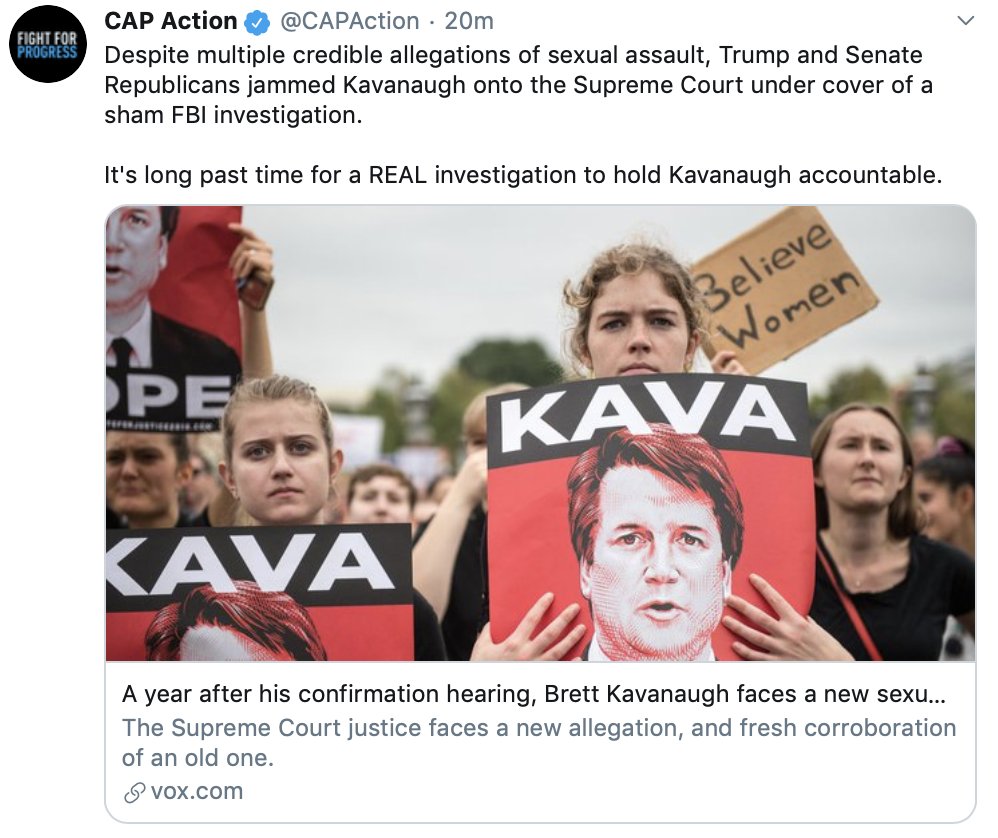 Ask not what these dictators can do for you…

This weekend, we learned from Trump’s Twitter feed that the role of Commander in Chief had been outsourced to Saudi Arabia:

“Saudi Arabia oil supply was attacked. There is reason to believe that we know the culprit, are locked and loaded depending on verification, but are waiting to hear from the Kingdom as to who they believe was the cause of this attack, and under what terms we would proceed!”

It raised an interesting question. While Trump has methodically alienated our traditional democratic allies, he has been extremely generous with our authoritarian adversaries. Let’s compare what Trump has given these regimes on behalf of our country with what we’ve gotten in return: