Something wasn’t adding up last month when Ambassador Gordon Sondland testified that he didn’t know why Trump withheld key military aid from Ukraine. When several other witnesses confirmed that Trump withheld the aid to pressure Ukraine to interfere in U.S. elections for his own political gain, Sondland’s testimony seemed even more questionable.

That’s because it was. Scrambling to walk back his prior testimony, Sondland admitted yesterday that “he told Ukrainian officials that military aid was tied to their commitment to investigations President Trump wanted.”

In other words? He helped advance Trump’s impeachable abuses of power. 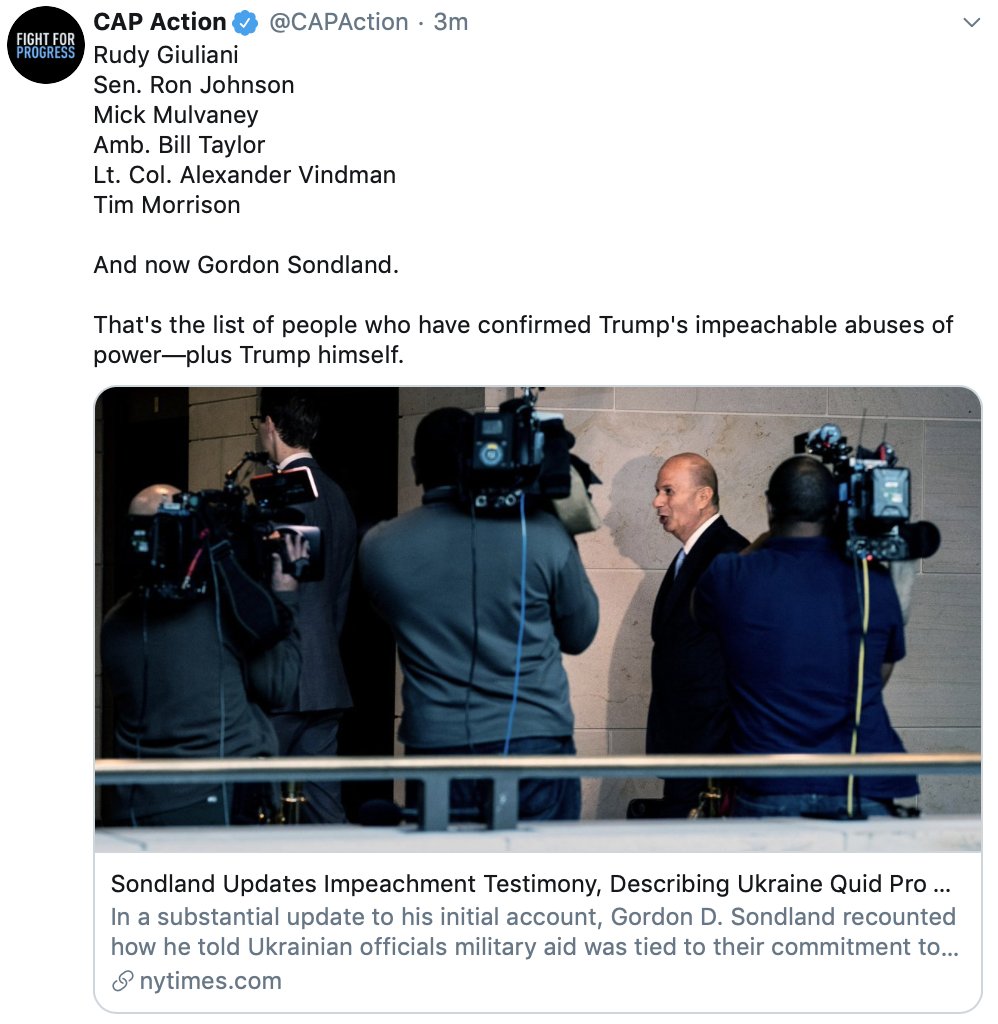 One year out from the 2020 election

As evidenced by last night’s election results, Americans are sick and tired of Trump’s economy—an economy that works for the wealthy and well-connected, leaving working people to fend for themselves.

With less than one year until Election Day 2020, we took a look at Trump’s economic record. Here’s what we found: