Barr doubles down on redactions

In today’s House Appropriations Committee hearing, Barr made it clear that he’s fulfilling his cover-up role as Trump’s attorney general. 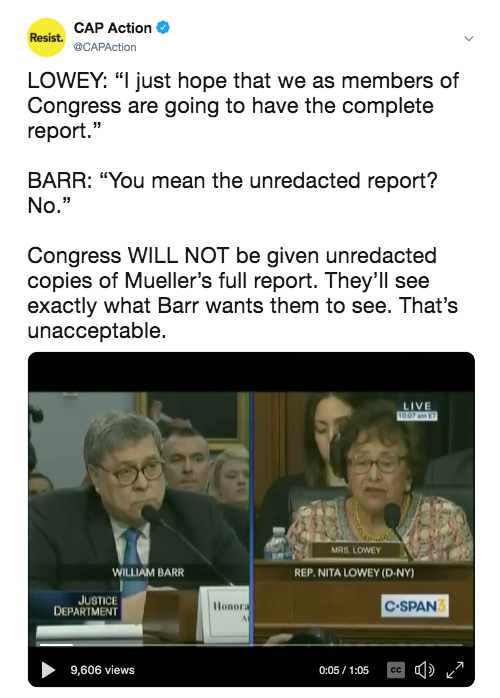 Our three biggest takeaways coming out of Barr’s testimony:

Americans deserve to see the full findings of Mueller’s investigation—even if Barr is intent on obstructing them. Share this tweet to demand the full truth.

Barr also demonstrated today that he’s willing to lie to for Trump on multiple fronts.