Trump and his Republican cronies marketed the tax scam as a bill for “middle- and working-class Americans.” Their argument? Giving corporations massive tax breaks would incentivize them to invest in our economy (instead of overseas).

The exact opposite happened: American companies have increased foreign investment and outsourced even more jobs—and, as was widely predicted before the tax bill was passed, it actually rewards companies for doing so. 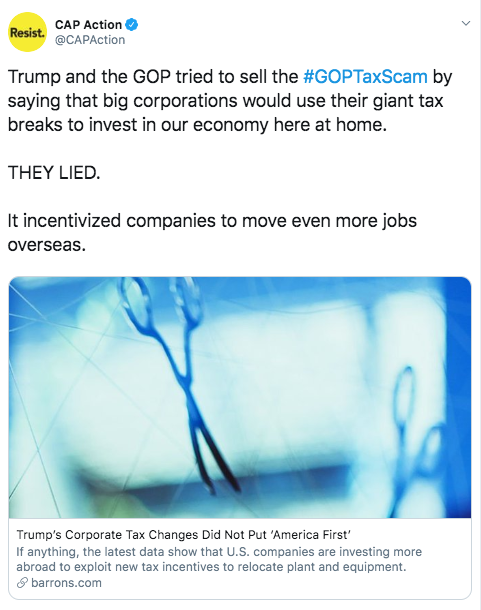 Trump’s nominee to the Federal Reserve Board, Stephen Moore, says that the #GOPTaxScam puts “American business and American workers first.” He was half-right: The tax cuts were certainly about “Corporate America First.”

Share this tweet and let Trump and Republicans know that we need an economy that works for everyone—not just the wealthy and corporations.

What Trump doesn’t want you to know: