Last night’s presidential address was nothing more than the same Trump stump speech we’ve all been forced to listen to for three years. President Trump’s speech has been widely fact-checked and characterized as the gaslighting sham that it was.

In fact, the entire premise of Trump’s shutdown is a lie: There is no emergency at the border—at least not the kind he’s ranting about. 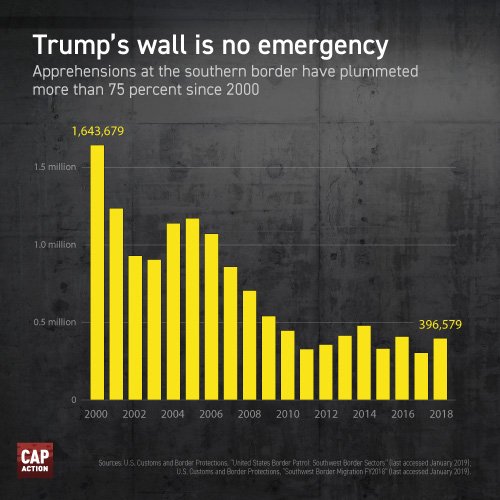 Here’s the state of play on day 19 of the #TrumpShutdown:

Want information on the state-by-state impacts of the shutdown? Click here.

THE NRA NO LONGER RUNS THE HOUSE.

Last night—in a critical first step toward addressing the gun violence epidemic in the U.S.—a bipartisan group of representatives introduced H.R.8., a bill mandating universal background checks for the sale of firearms.