The desperation in Trump’s whistleblower attacks

“Trump only has his own actions to blame.”

Trump committed impeachable offenses by extorting Ukraine for political gain and encouraging Ukrainian interference in the 2020 elections. We know that because he gave us the proof himself.

After sharing the damning summary memo of his call with Zelensky, Trump is now attacking the whistleblower who came forward to report his extortion and abuse of power, even belting out thinly-veiled threats of violence against them.

As Rep. Adam Schiff said today, “[Trump] can attack the whistleblower rhetorically all [he] wants. It doesn’t change the fact that the record of that call shows…immediately after the Ukraine president asked for more military help, the president of the United States asked that leader a favor.” 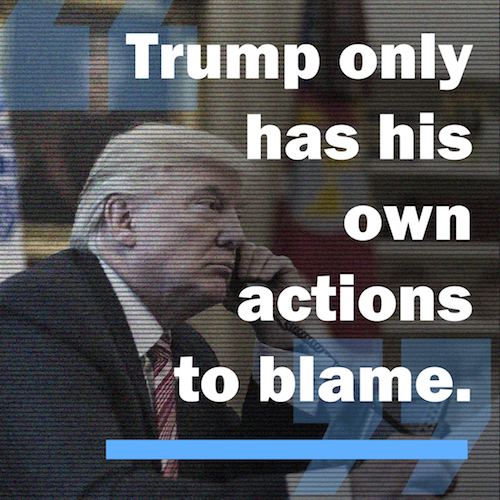