“This is the end of my Presidency. I’m [REDACTED].”

“This is the end of my Presidency. I’m f-cked.” That’s what Trump said when he first heard a special counsel would be appointed, and today we got the first real look at why.

Trump’s hand-picked attorney general tried to hide the truth. It’s time we see the full report and hear directly from Mueller himself. 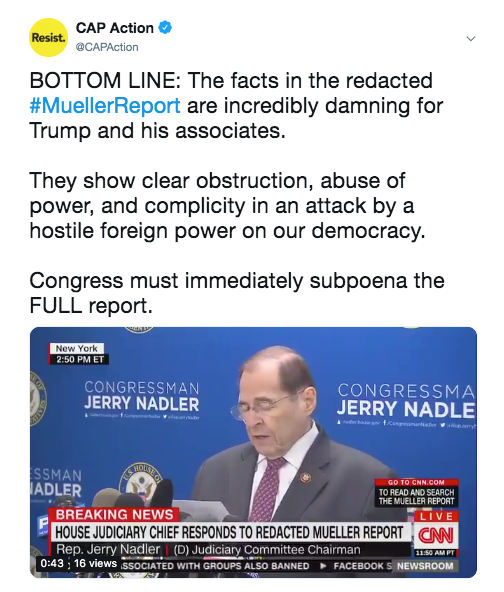