“What is at stake? Our democracy.”

Those were Speaker Nancy Pelosi’s words this morning, just before House Democrats voted to adopt a resolution formalizing the rules of the impeachment inquiry, 232-196.

The vote means that the impeachment process will move on to its next vital step: public hearings that bring the details and evidence of Trump’s offenses to the American people. This is exactly what Republicans asked for—and still, not a single House Republican voted in favor of today’s resolution.

Why don’t House Republicans want those facts to be made public? If they believe it’s wrong for a president to pressure foreign governments to interfere in our elections, why didn’t they vote for today’s resolution?

Share this clip to spread the news: House Democrats are upholding their oaths to the Constitution. It’s time for their Republican colleagues to follow suit. 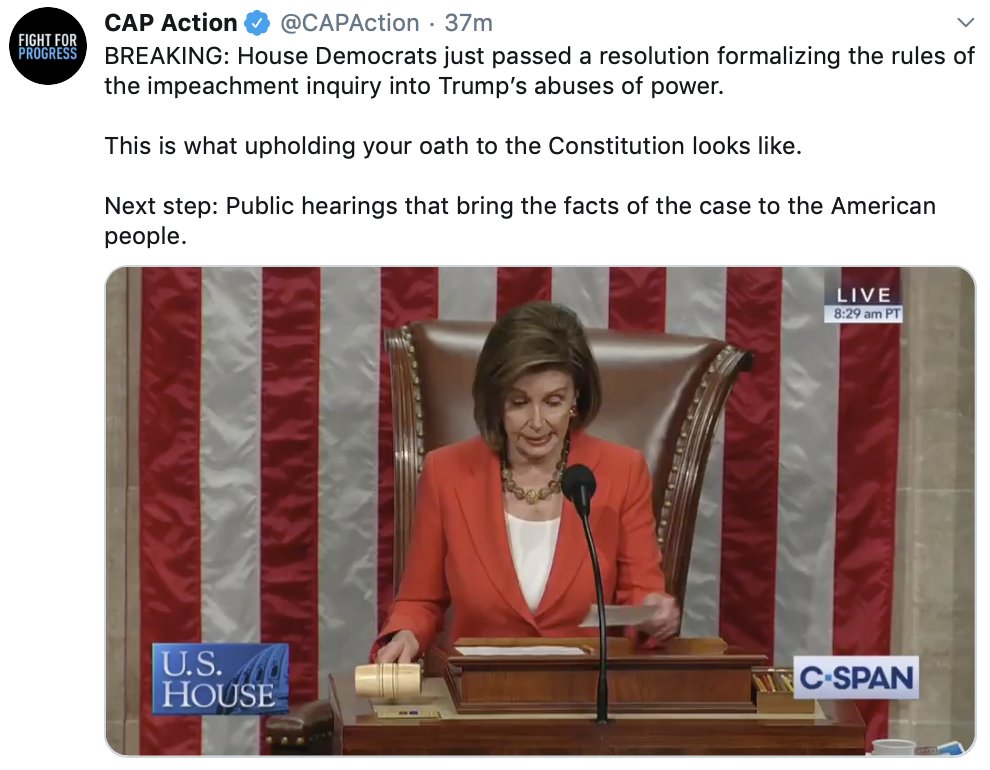 Other House Democrats joined Speaker Pelosi in articulating the need for a fair, open impeachment process: