The fight for equal pay goes far beyond soccer

The U.S. Women’s Soccer Team is shining a light on this country’s equal pay problem

It’s 2019, and women still make just 80 cents to every dollar made by white, non-Hispanic men. It’s even worse for most women of color.

In this year’s World Cup, the international spotlight is on equal pay and the women who are demanding it. The U.S. Women’s National Soccer Team, which is currently dominating the World Cup while the men’s team failed to even qualify last year, is currently involved in a lawsuit to secure pay equity with their male counterparts. Their efforts are bringing attention to this pervasive issue that impacts women of all demographic groups and in nearly every industry. 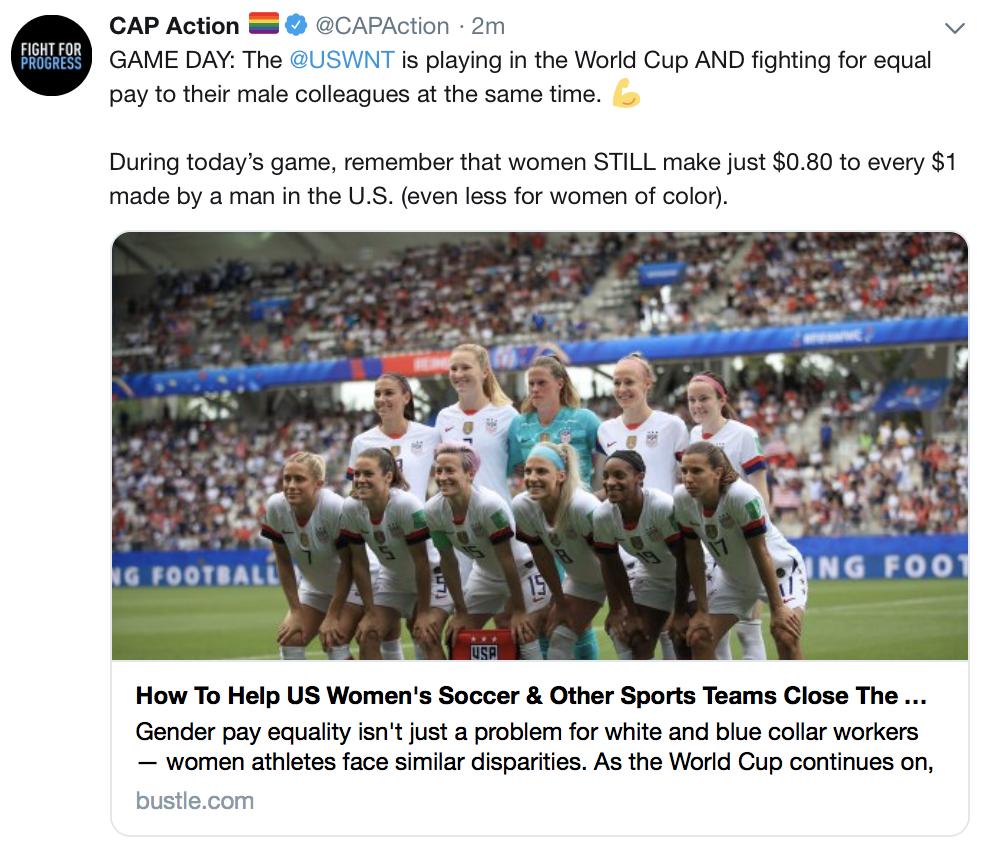