The state of play on impeachment proceedings

It was a whirlwind weekend of impeachment news following last week’s bombshell reports about Trump’s extortion of the Ukrainian president for his own political gain. That’s why we launched ImpeachmentResources.org, a guide to help you stay updated on the latest impeachment news and analysis.

House Democrats have ramped up a full scale impeachment inquiry, which continues this week with multiple witness interviews. Most Congressional Republicans, on the other hand, are standing by their corrupt leader, lashing out in different directions while refusing to answer direct questions about Trump’s actions. Several Republican senators are so unflinchingly loyal to Trump that they’re attacking the whistleblower’s credibility—even though we have the transcript of his call with Zelensky and Trump himself has admitted to the extortion reported in the whistleblower complaint.

Meanwhile, polling shows that 55% of Americans support an impeachment inquiry into Trump, and 72% view Trump’s actions in regard to Ukraine as either illegal or “not proper.” The public soundly rejects the line from Trump’s allies that he did nothing wrong.

Share this video on Facebook and Twitter to spread the facts. And for a roundup of everything you need to know about the current impeachment inquiry, head to ImpeachmentResources.org. 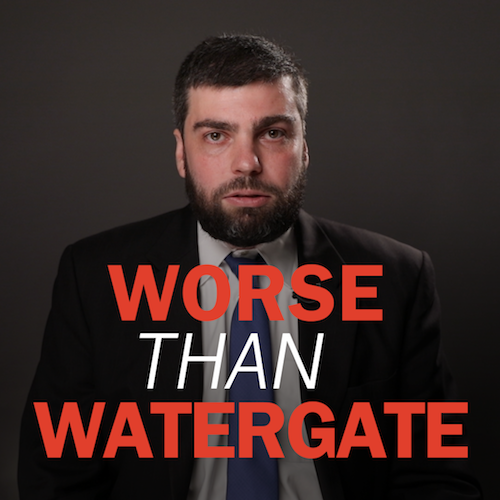