Trump’s “Independence Day” is more alarming than the 90s movie

The Fourth of July is supposed to be a celebration of American independence and values—two things Trump disgraces and threatens every day.

Instead, Trump is making the holiday a taxpayer-funded celebration of himself and his GOP donors with unnecessary, expensive military accessories.

So much for “America first.” This Fourth of July, it’s “Trump first,” as usual. 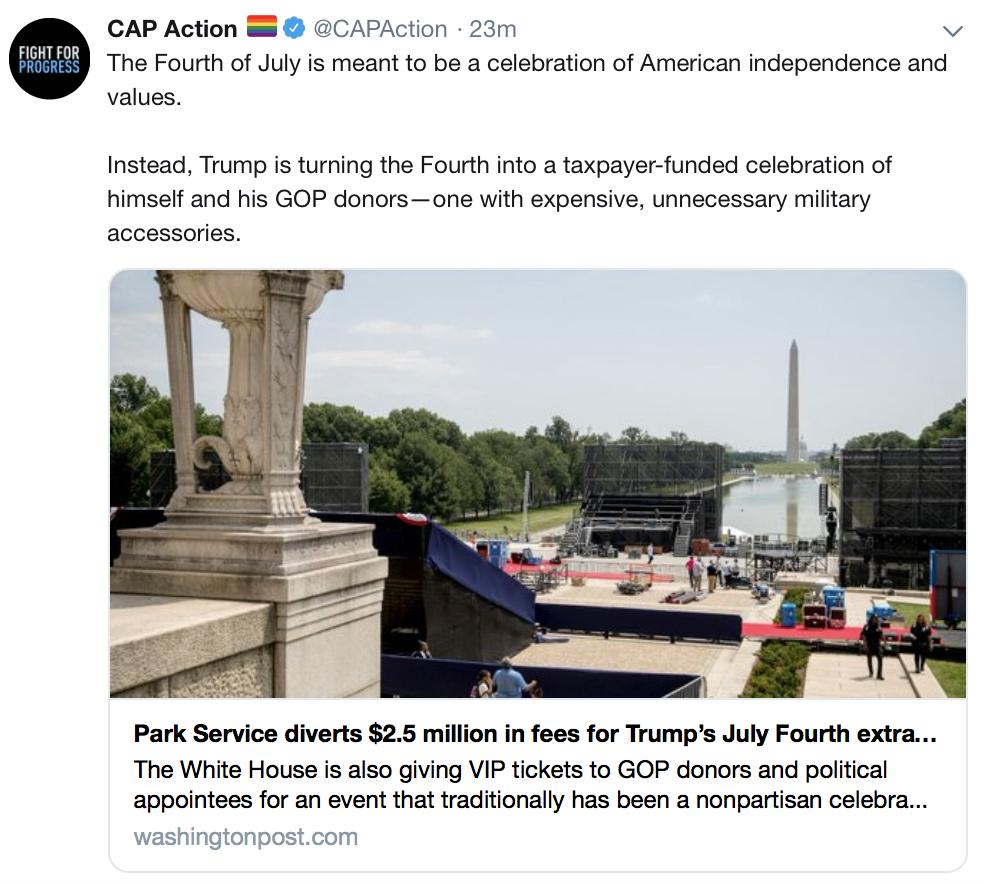 Trump has spent the last two and a half years in office subverting American values:

This Fourth of July—no matter which party you identify with—take the time to remember our shared American values.