Congress must protect the whistleblower’s identity

Despite the whistleblower’s offer to answer their questions in written form under oath, Republicans in Congress are demanding that the whistleblower be forced to testify and reveal their identity to the public.

The whistleblower and their family are already facing serious physical threats, including death threats, because of Trump’s baseless smears. By attempting to compromise the whistleblower’s identity, Republican hypocrisy is putting Americans at risk and deterring future witnesses from coming forward—which is exactly the goal. 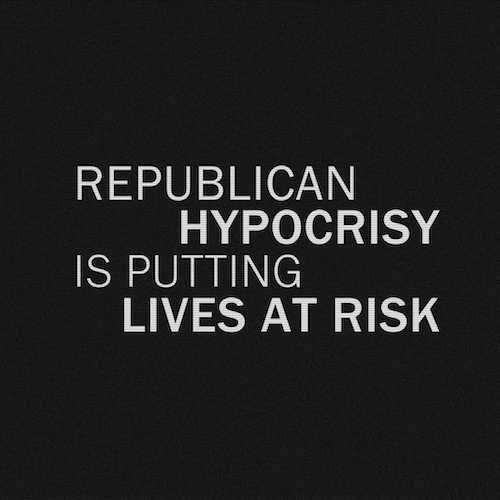 More than 650,000 DACA recipients’ lives, jobs, communities, and families hang in the balance. For more than two years since Trump’s unnecessary decision to rescind DACA, hundreds of thousands of people who came to the U.S. at a young age have lived in fear of deportation from the only country they’ve ever called home.

More than 1,400 organizations and individuals signed on to amicus briefs in support of DACA. 83% of the American public supports the program. DACA recipients are integral to our nation, our economy, and everything the United States should stand for. Their #HomeIsHere.