The written statement delivered today by Vindman, the top Ukraine official on the National Security Council, provides another bombshell confirmation of Trump’s extortion of Ukraine to interfere in U.S. elections. The statement describes Trump’s abuses of power on the July 25 call with Ukrainian President Volodymyr Zelensky and corroborates Taylor’s testimony, too. Trump has a troubling history of smearing veterans, Gold Star families, and generals.

Kelly Magsamen served on the National Security Council under two presidents from both parties, and she worked directly with Bill Taylor. Watch her highlight the most damning moments from his testimony last week. 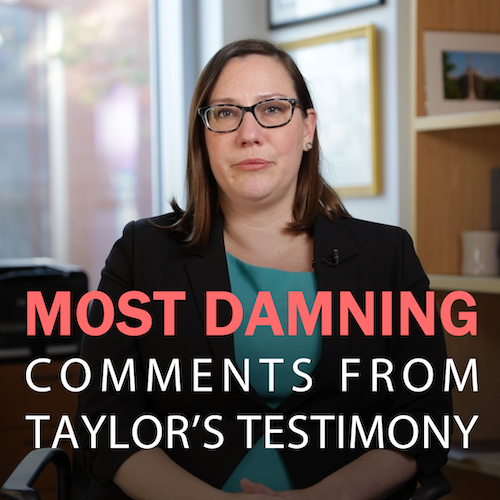