Barr lied to Congress. He should be impeached.

Attorney General Barr’s testimony before the Senate Judiciary Committee today was so riddled with lies that a major news network had to cut in to fact check him not once, but twice.

We already knew that Barr lied about the contents of the Mueller report in his March 24 letter about the investigation. Now, we also know that Mueller complained directly to Barr about his misrepresentations, and that Barr lied to Congress about that.

Instead of correcting the record, Barr doubled down on his lies at today’s hearing, protecting Trump’s cover up and playing the role he was hand-picked to fill: Trump’s puppet. 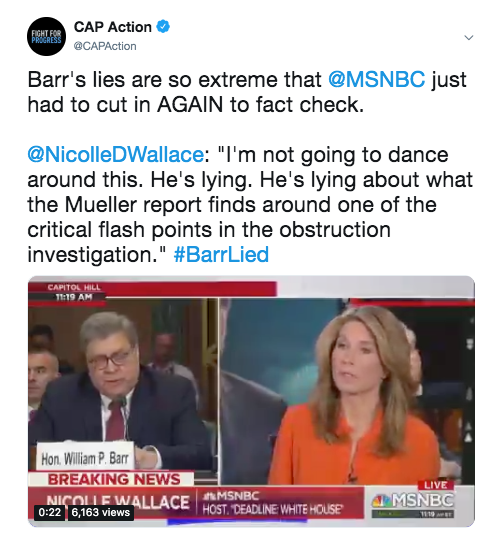 Mueller’s report was damning for Trump and his inner circle, even in its redacted form, and there’s lots more to come. Barr is set to testify before the House Judiciary Committee tomorrow (if he even shows up). Stay tuned to @CAPAction and @Moscow_Project for live analysis and fact-checking.