With impeachment vote imminent, Republicans in Congress must choose

This morning, the House Judiciary Committee approved two articles of impeachment against Trump for abuse of power and obstruction of Congress.

The facts aren’t in dispute: Trump abused the power of his office for personal political gain. Text messages, transcripts, and witness testimony all show that Trump demanded that Ukraine interfere in the 2020 election on his behalf. Then, he tried to cover up his high crimes by concealing evidence; he defied lawful subpoenas for information and blocked witnesses from testifying.

The time for blind party loyalty is over. The time to defend our Constitution and our country is here.

The full House is expected to hold a vote on the articles of impeachment against Trump next week. House Republicans must choose: Face the facts and defend our democracy or cover up Trump’s crimes.

Share this video on Facebook and Twitter to spread the word: Congress must make clear that nobody is above the law—not even the president of the United States. 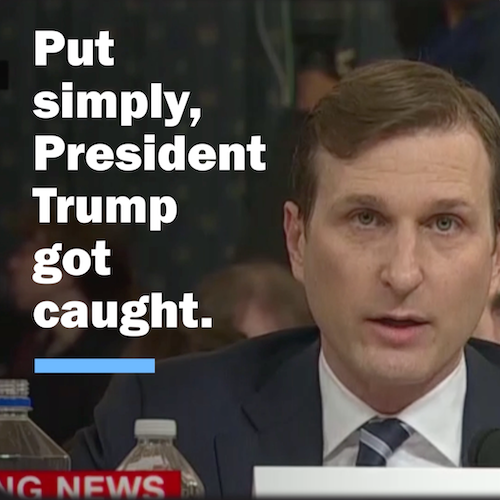