‘It’s impossible to overstate the damage.’

How Trump is hurting farmers

Farmers like Les Danielson, a Wisconsin dairy and soybean farmer, depend on exports to survive. Trump’s erratic trade policies have been taking money out of farmers’ pockets and even causing some to lose their farms.

There’s no question that our trade policies need to be rethought, but there doesn’t seem to be a lot of thought going into what Trump is doing. His trade policy-by-tweet tactics are hurting working Americans. 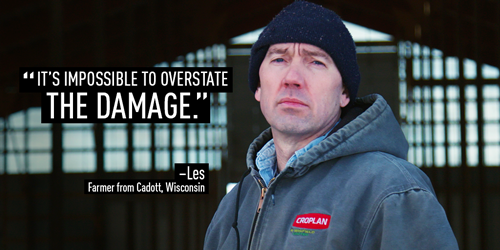 Trump’s nominees to the Federal Reserve Board are further proof that Trump’s “only the best people” mantra is complete nonsense.

The Fed is supposed to be independent and has enormous influence on things like job growth, mortgage rates, retirement savings, and inflation—but Trump insists on trying to install completely unqualified MAGA hacks with troubling views on and history with women to oversee all of it: