“Everybody’s job at the Trump Organization was to protect Mr. Trump.”

Just like Trump Organization employees, House Republicans have protected Trump for two years. But they’re not in charge anymore, and today the truth about President Trump finally came gushing out. 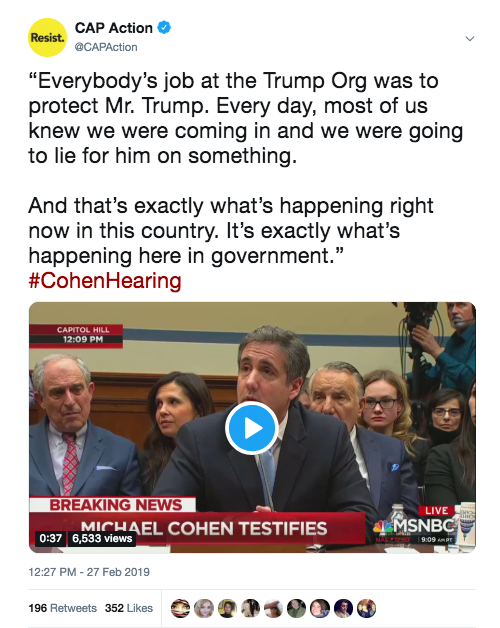 Cohen’s testimony ran the gamut, but a key theme kept popping up: Trump knew crimes were being committed. According to Cohen:

So, Trump’s tired “NO COLLUSION – RIGGED WITCH HUNT” argument? Not sounding so convincing.

As Democratic Rep. Stephen Lynch said today: “Your side ran away from the truth, and we’re trying to bring it to the American people.”