These moms have had it with Trump’s tweets

As Trump tries to strip protections and health coverage from millions of Americans through Congress and the courts, he gloats about it on Twitter, his cruelty and malice on full display.

For parents with kids whose lives depend on the Affordable Care Act, Trump’s devastating policies and gleeful tweets about them are offensive, dangerous, and harmful. Moms like Tasha and Samantha have had it with Trump’s tweets. 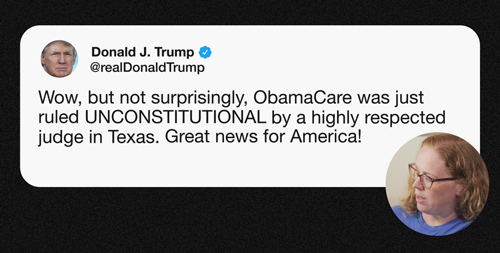 This coming week is the Iowa State Fair, and you know what that means: 2020 progressive candidates are rolling out their plans to bolster rural communities. Here are just a few:

After the mass shooting at an El Paso Walmart last Saturday that left 22 dead, Senators Elizabeth Warren and Cory Booker are joining advocates to take a stand against gun violence.

Tomorrow morning, Americans will come together to urge Walmart to 1) stop selling guns until Congress passes common-sense laws to reduce gun violence, and 2) stop making political contributions to lawmakers who take money from the NRA.