Mueller to Congress: Your move

We’re just a little over 24 hours out from the public release of Mueller’s redacted report, and the response from journalists and legal experts is overwhelming and clear: Mueller’s report makes a damning case against Trump—and leaves the door wide open for Congress to take up the mantle of investigation.

This morning, we learned that they’re going to do just that. The House Judiciary Committee subpoenaed the full Mueller report and its underlying findings to be delivered to Congress by May 1.

Trump and his attorney general are trying to hide the truth from the public. We can’t let them get away with it. Share the news on Facebook and Twitter: 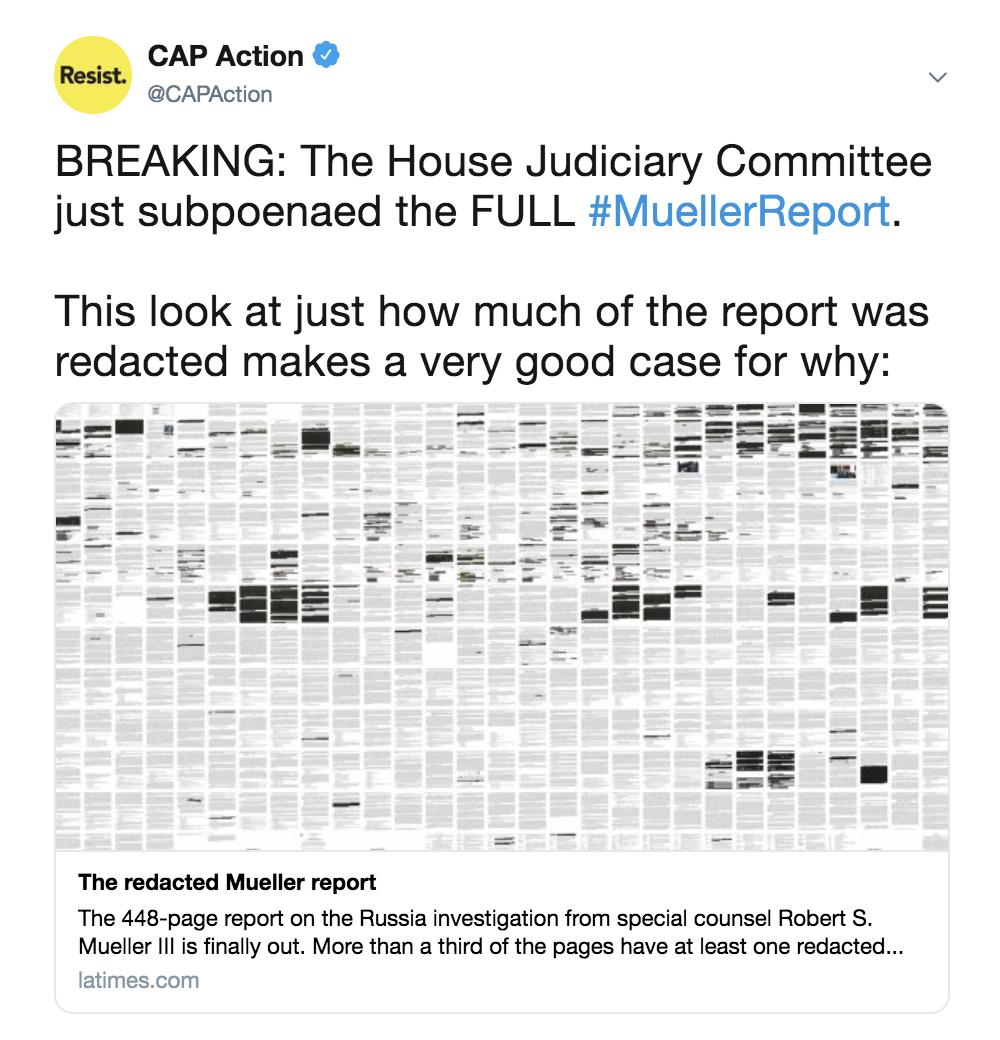 It’s undeniable that Barr severely mischaracterized the report in order to control the news cycle and protect Trump. In reality, the report shows that Trump tried repeatedly—and brazenly—to obstruct justice.

Now, the ball is in Congress’s court:

Speaker Nancy Pelosi made it clear that Congress will answer the call to investigate further: “Congress will not be silent.” Nor will the American people.