So much for “NO COLLUSION”

Yesterday, POLITICO reported that there were 800 million downloads of Special Counsel Robert Mueller’s report from the DOJ website between mid-April and July.

Mueller’s report is a damning account of Trump’s attempted obstruction of justice and collusion between the Trump campaign and Russia during the 2016 election. The 800 million downloads of the report prove one thing: The ongoing cover-up by Trump and Barr may be working with Republicans in Congress, but the truth is getting out to the American people and the world.

Let’s put it in context. 800 million downloads of the Mueller report is: 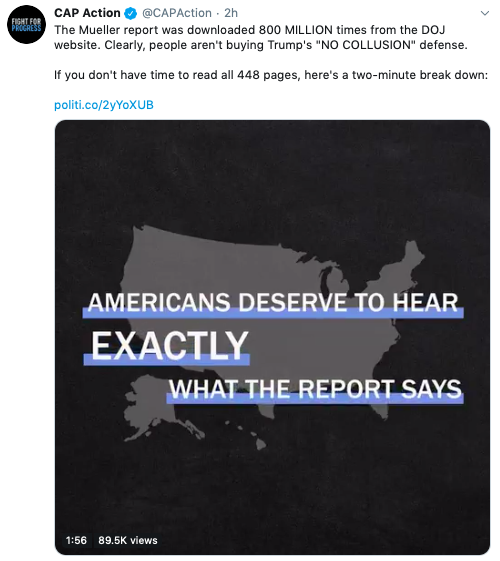