Mueller: Trump is NOT Exonerated

Special Counsel Robert Mueller testified before the House Judiciary Committee this morning on his investigation and report. Here are the three big takeaways: 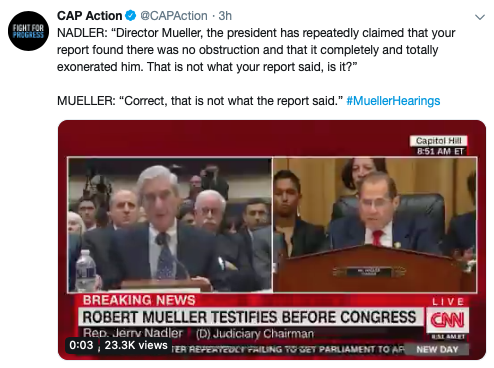 OBSTRUCTION: Mueller said that Trump could be charged with obstruction of justice after he leaves office. 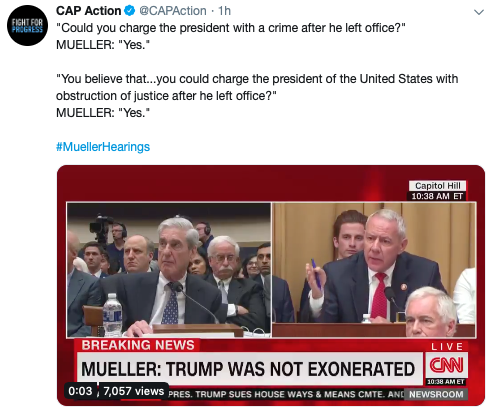 INDICTMENT: Mueller said that—contrary to what Attorney General William Barr said when he lied to the public—he did not indict Trump because of the OLC opinion stating that you can’t indict a sitting president. 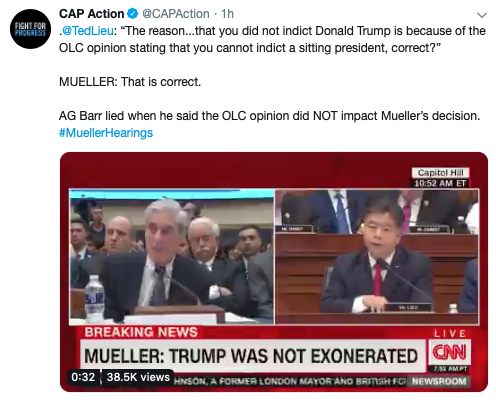 These three points expose Trump, Attorney General Barr, and Congressional Republicans’ smear campaign for what it is: a complete sham designed to protect Trump from accountability at the expense of our democracy and national security.

Stay tuned: Mueller will testify at a second hearing before the House Intelligence Committee this afternoon. Follow @CAPAction and @Moscow_Project for live clips and analysis of Mueller’s testimony.