Muller to Congress: Ball is in your court

“If we had had confidence that the president clearly did not commit a crime, we would have said so.”

Share Mueller’s words on Facebook and Twitter: It’s up to Congress now. The American people are relying on our elected officials to hold Trump and his associates accountable. 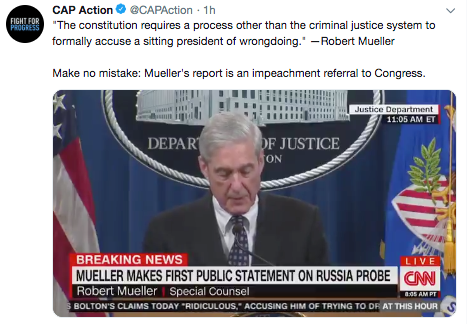 What we know and how we know it:

What House Democrats are saying: