We reap what Trump sows

“Trade wars are good, and easy to win”

Americans are already suffering the impacts of Trump’s trade-war-by-tweet. It got worse this morning when China announced that it will raise tariffs on $60 billion of U.S. goods beginning June 1.

Last week, Trump said there was “no rush” to come to a trade deal with China, despite their threats of retaliation. It was typical that Trump set all of this in motion a year ago with a casual, haphazard tweet saying “trade wars are good, and easy to win.” 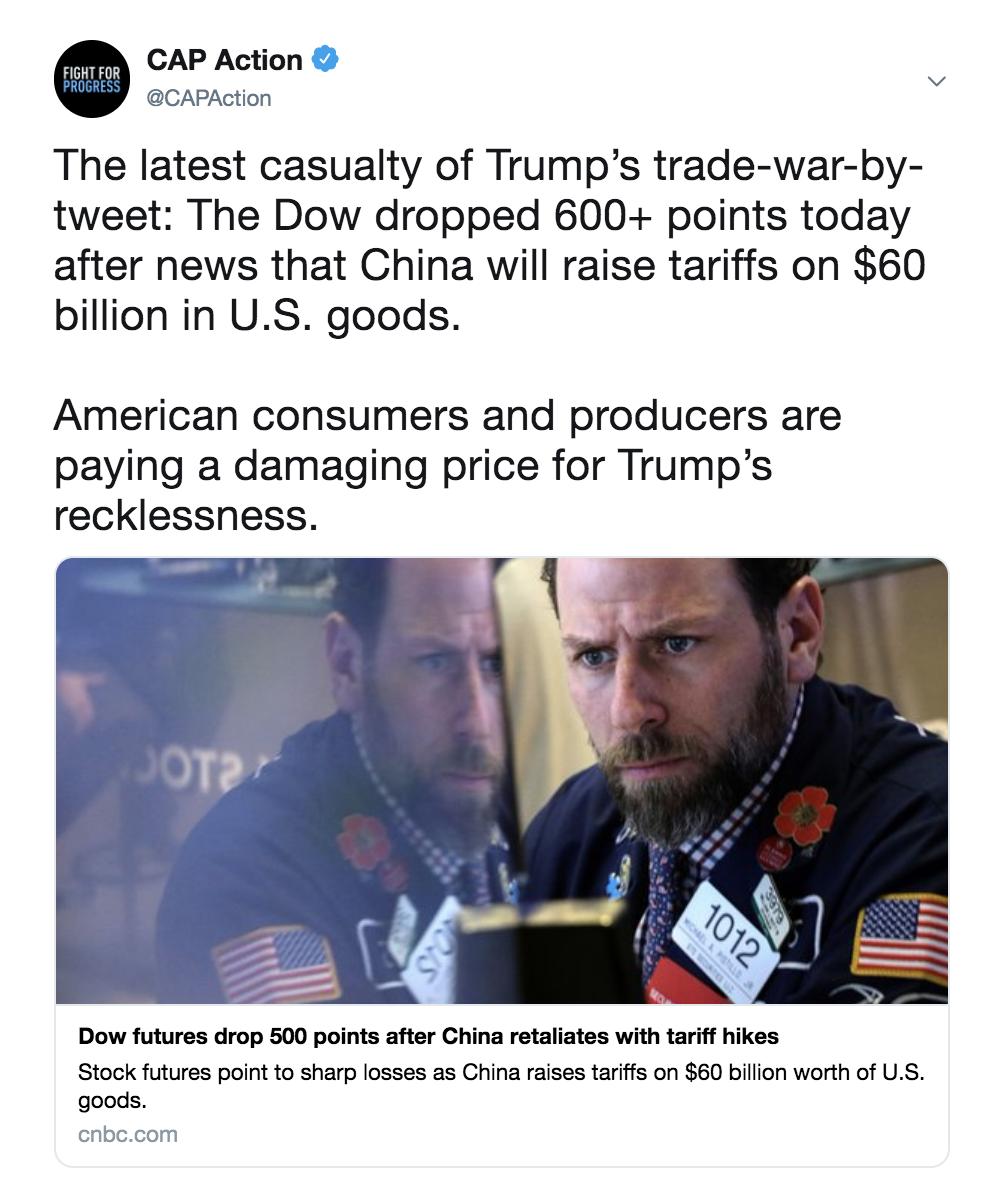 The country is already feeling the fallout from Trump’s ill-conceived, erratic tweeting: