The Senate is set to vote on witness testimony tomorrow

During the Senate impeachment trial, Republican senators have heard the facts and seen the evidence of Trump’s guilt. Tomorrow, they‘ll vote to decide whether or not to hear from the first-hand witnesses—John Bolton, Mick Mulvaney, and others—whose testimony Trump has repeatedly blocked.

Senators go into tomorrow’s vote knowing that Trump pressured Ukraine to interfere in the 2020 election on his behalf and tried to cover it up.

This is your last chance before the vote to let your senators know how you feel. Use this tool to call them now and make it clear: A vote against witness testimony and evidence is a vote to acquit Trump. It’s a vote to cover up his crimes. And it’s a vote to keep the truth from the American people, who overwhelmingly want to hear it. 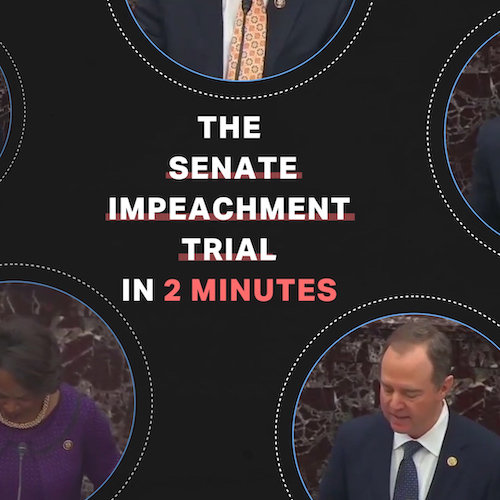