Republicans think Trump is above the law

Will Republicans stand by Trump or the Constitution they swore to defend?

“We have been charged with choosing between reaffirming these basic principles or sacrificing fundamental truths so that one man can be placed above the law.” —Then-Rep. Richard Burr in 1998

Republicans in Congress (like now-Senator Burr) claim to value the Constitution and the rule of law—except when it’s Trump who’s violating both.

Trump publicly asked a foreign government to interfere in the 2020 election for his own political gain. He extorted Ukraine’s president, leveraging $250 million in taxpayer money in exchange for an investigation into one of his political opponents. Now, he’s abusing his power to interfere with the investigation into those impeachable offenses, blocking key witnesses from testifying before Congress. 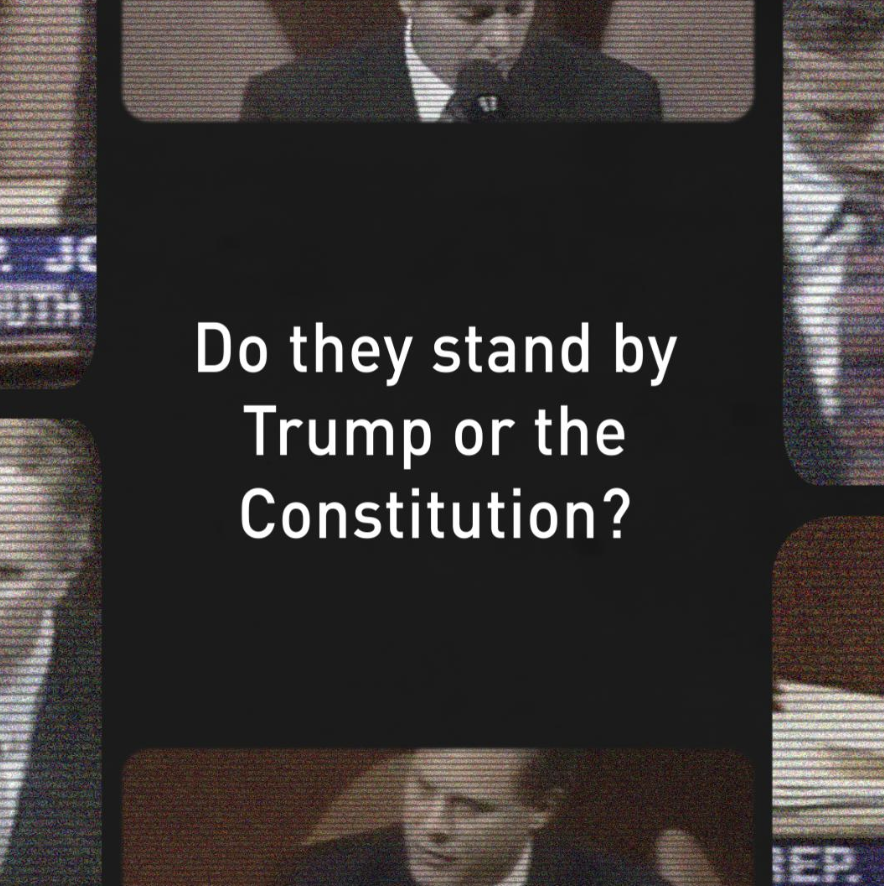