Is it OK for a president to ask foreign countries to interfere in our elections?

The answer is, unequivocally, no.

Presidents cannot seek foreign interference in our elections for their own political gain (as Trump did in his July 25 call with Ukraine.) That’s enshrined in the Constitution—as is the remedy of impeachment in case of that kind of presidential abuse of power.

So why do Republican members of Congress keep refusing to answer the question? And why, if they do answer, is their response completely absurd, like Rep. Ted Budd’s (R-NC): “I think that’s a, uh, tricky question”? His colleague, Rep. John Shimkus (R-IL), gave a similarly inept answer: “Let’s see what the truth comes out.” Rep. Don Young (R-AK) and Rep. Steve King (R-IA) simply refused to answer at all.

Share this video to hold Republicans in Congress accountable: Americans deserve an answer to this question. 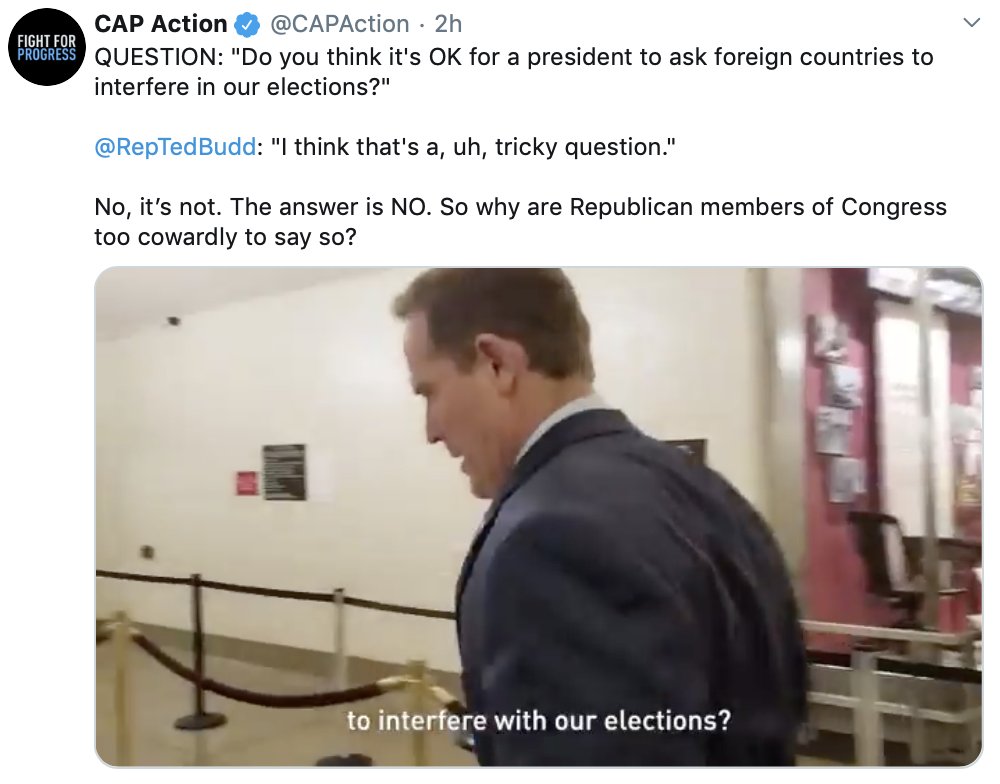