The truth about jobs in America

Right after today’s jobs numbers came out, Trump took to Twitter to praise himself. While we saw a rebound in March after a dismal February, let’s put America’s job growth trend in perspective with some facts Trump is ignoring:

FACT: Job growth during Trump’s first 26 months in office is actually DOWN 8% compared to the last 26 months of Obama’s presidency.

Trump is riding on the coattails of Obama’s economic recovery while pursuing an agenda that’s hurting American workers. 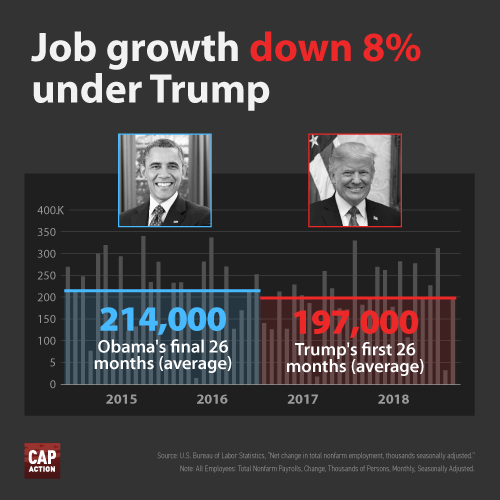 Off-Kilter: Living in poverty in America

This week, the Off-Kilter team interviews Stephanie Land, author of Maid, a memoir on living in poverty in America. Then, the team behind the sex work documentary, “Blowin’ Up,” discusses the first ever dedicated sex trafficking court in the United States.