Democracy hangs in the balance

The Supreme Court released two decisions on voting rights today, one a temporary reprieve from the racism of Trump’s administration, the other a body blow to democracy:

Imagine a president who cared about helping American families…

Last night’s first #DemDebate was a whirlwind of proposals and ideas to tackle the issues American families face every day.

Watch and share this roundup of the key moments from last night on Facebook and Twitter—and imagine what it would be like to have a president who wanted to make these ideas a reality: 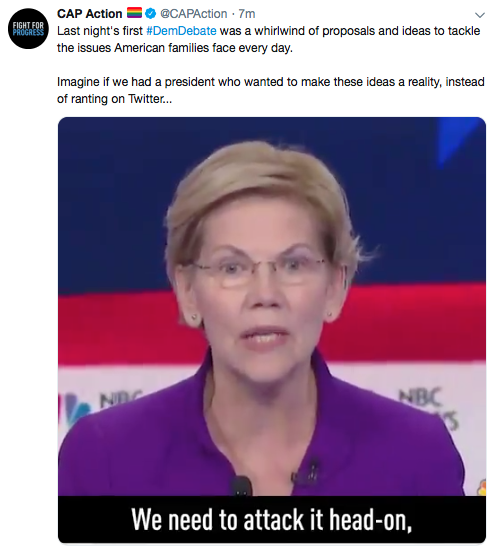 The candidates addressed issues that impact American families every day: