With his hand-picked attorney general’s help, Trump is obstructing every investigation into his corruption—including the release of Mueller’s full findings.

What is he hiding? House Democrats are determined to find out for the American people.

We have a right to know just how deep Trump’s corruption goes. Share this tweet thread to demand answers. 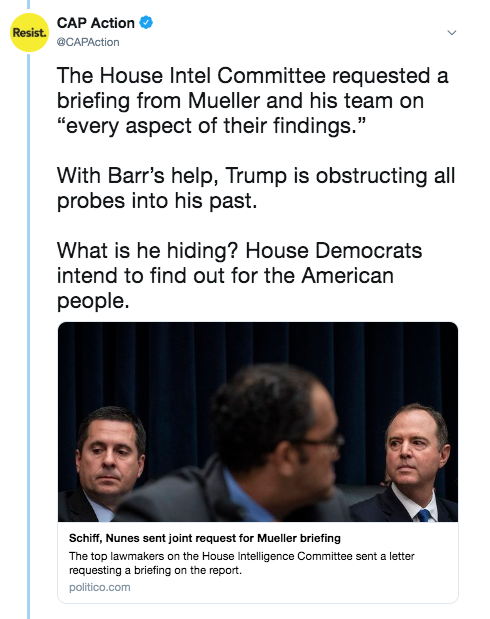 While AG Barr picks and chooses which parts of Mueller’s report to release, here’s what House Democrats are doing to get answers:

It’s more clear than ever that we can’t rely on Barr or Republicans in government for answers. Watch this clip to understand why.