Your senators need to hear from you today

Just last night, more details from Trump’s former national security adviser John Bolton’s unpublished book were released, and, to no one’s surprise, they’re damning for Donald Trump. They’re also even more proof that the Senate must hear directly from Bolton and other witnesses in the impeachment trial.

New polling shows that a whopping 82% of Americans think that Bolton must testify in the Senate impeachment trial. Now, Republican senators are starting to waver on their previous refusal to demand witness testimony and new evidence.

As lead House impeachment manager Rep. Adam Schiff said this morning of senators, “If you’re not willing to take that oath seriously and rise to the occasion when the country is at risk, then what’s the point of being there?”

It’s time to join the fight. Share this tweet and go to StandUpAmerica.com to call your senators today: 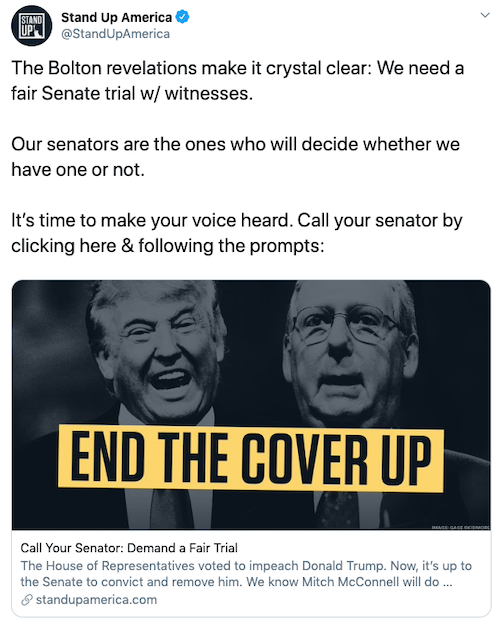