Defense Department official Laura Cooper also delivered testimony that completely discredited one of Congressional Republicans’ main defenses of Trump: that the Ukrainians never knew that aid was being withheld. Cooper testified that the Ukrainians knew as early as July 25—the day of Trump’s infamous call with Ukrainian President Volodymyr Zelensky.

Share this moment from Sondland’s testimony to make it clear: Trump’s impeachable offenses are out in the open. He and his Republican allies in Congress have no defenses left. 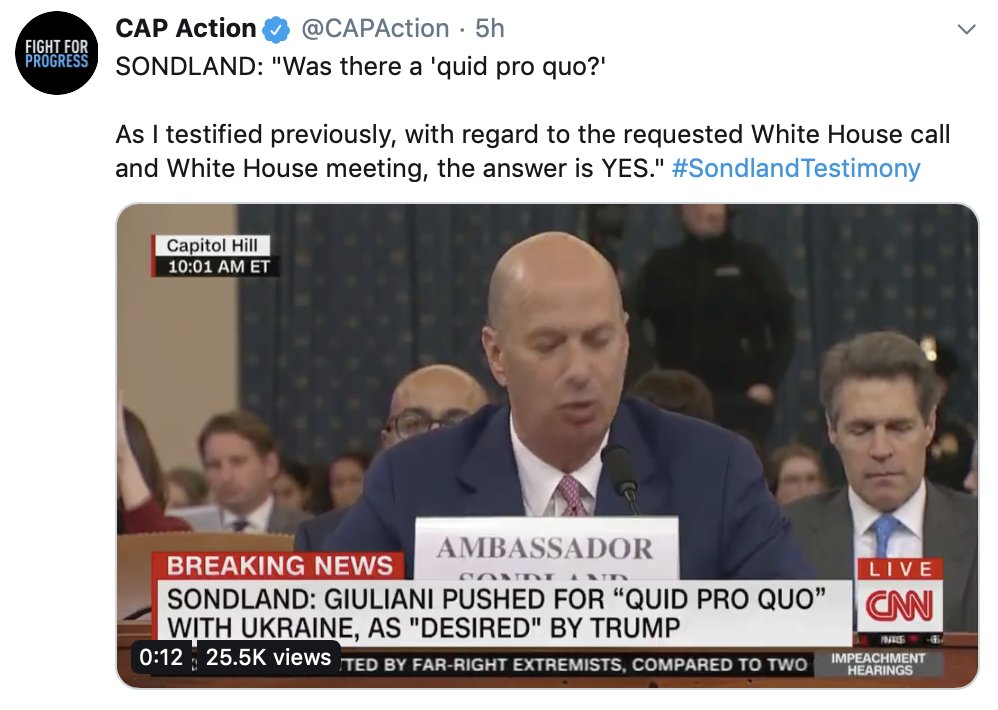 And more testimony is on tap today

The public hearings on impeachment continue this morning starting at 9am ET. Follow @CAPAction for live clips and fact-checks. Here’s what you need to know about today’s witnesses: