Time for Republicans to choose: Trump or America?

A growing number of Republicans admit that Trump abused his power

After yesterday’s impeachment hearing, we have even more proof that Trump committed impeachable offenses when he directed an extortion and bribery scheme to pressure Ukraine to interfere in the 2020 election.

A growing number of Republicans have started to speak out against Trump’s dangerous abuses of power—but not enough. Most Republicans in Congress are still defending Trump with bogus talking points and distractions. Enough is enough.

No more lying to the American people.

Republicans in Congress must choose: Cover up Trump’s impeachable offenses or follow the facts and defend the Constitution. 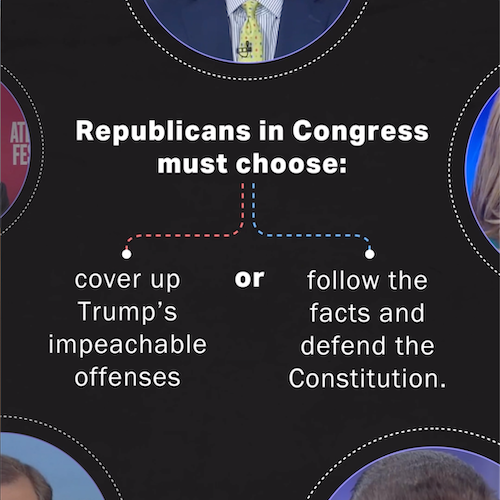