The Trump administration is attacking your health care again

Tomorrow, Trump’s administration is launching another attack on our health care, this time through the courts.

As a candidate in 2016, Trump promised voters he’d make sure everyone had “great health care.” Instead, he—with help from his Congressional allies—has spent his entire presidency trying to take away coverage and protections from millions.

Now, after failing to repeal the Affordable Care Act in Congress, the Trump Administration is supporting a lawsuit brought by 18 Republican-led states aimed at repealing the health care law. These states are doing Trump’s bidding, threatening coverage for tens of millions. 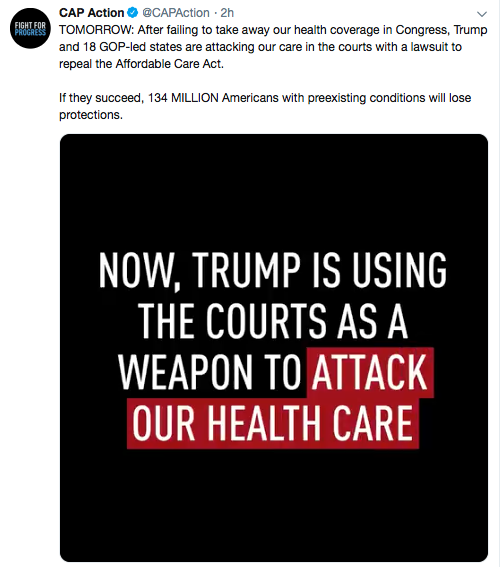