Here are the key takeaways, as outlined by the House Judiciary majority counsel Daniel Goldman on the evidence for impeaching Trump:

Share this video clip to get the facts out about Trump’s impeachable offenses: 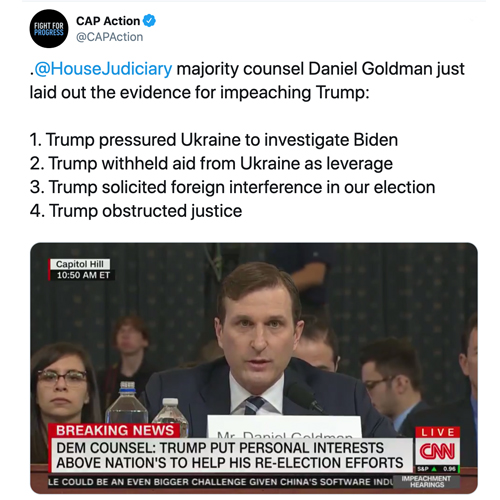 The core facts remain uncontested: By bribing and extorting Ukraine to interfere in our elections, the president abused his power by putting his own domestic political interests over the country’s national security and foreign policy.

This week, the House majority is drafting articles of impeachment to hold Trump accountable because no one—not even the president of the United States—is above the law.

Follow @CAPAction and @Moscow_Project on Twitter to get the facts and stay up to speed on the Congressional impeachment inquiry.