Trump goes after Mueller right away.

Today, Trump wasted no time moving against the special counsel investigation, forcing out the Attorney General and replacing him with an outspoken opponent of the investigation.

“President Trump forcing Attorney General Jeff Sessions out and replacing him with an avowed partisan opponent of the special counsel investigation is a brazen attack on the rule of law and requires immediate action to ensure the integrity of the investigation. Acting Attorney General Matthew Whitaker cannot be trusted to oversee this investigation. He should immediately issue a public order that guarantees complete and total independence to the special counsel, an action with precedent during Watergate.

“The new House majority should make clear that the era of unchecked corruption in the Trump administration will soon end, and that any Justice Department or White House official involved in criminal cover-ups will be facing accountability in hearings beginning in January.”

As you can tell from President Trump’s hissy fit this afternoon, Democrats made significant gains in yesterday’s midterm elections.

The Sessions firing debacle is yet another desperate attempt by Trump to distract from his party’s losses.

For once, though, the new House means Congress won’t be just looking the other way. 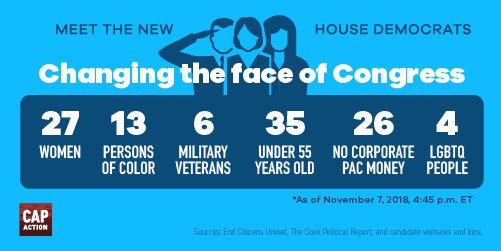