“Trump has no idea what he’s doing.”

His ignorance is dangerous

Trump’s reckless tweeting isn’t just bombast; it’s proof of the fact that he has no earthly idea what he’s doing.

America’s trade policies need rethinking, but there’s been no apparent thought or strategy going into Trump’s erratic trade war, which has lurched from tweet to tweet depending on his mood. And with more farmers going bankrupt every day and the stock market tumbling, Trump dug his heels in again last night on Twitter.

Trump has no idea what he’s doing, and it’s dangerous for our wallets, health, and security. Share this piece on Facebook and Twitter to spread the word: 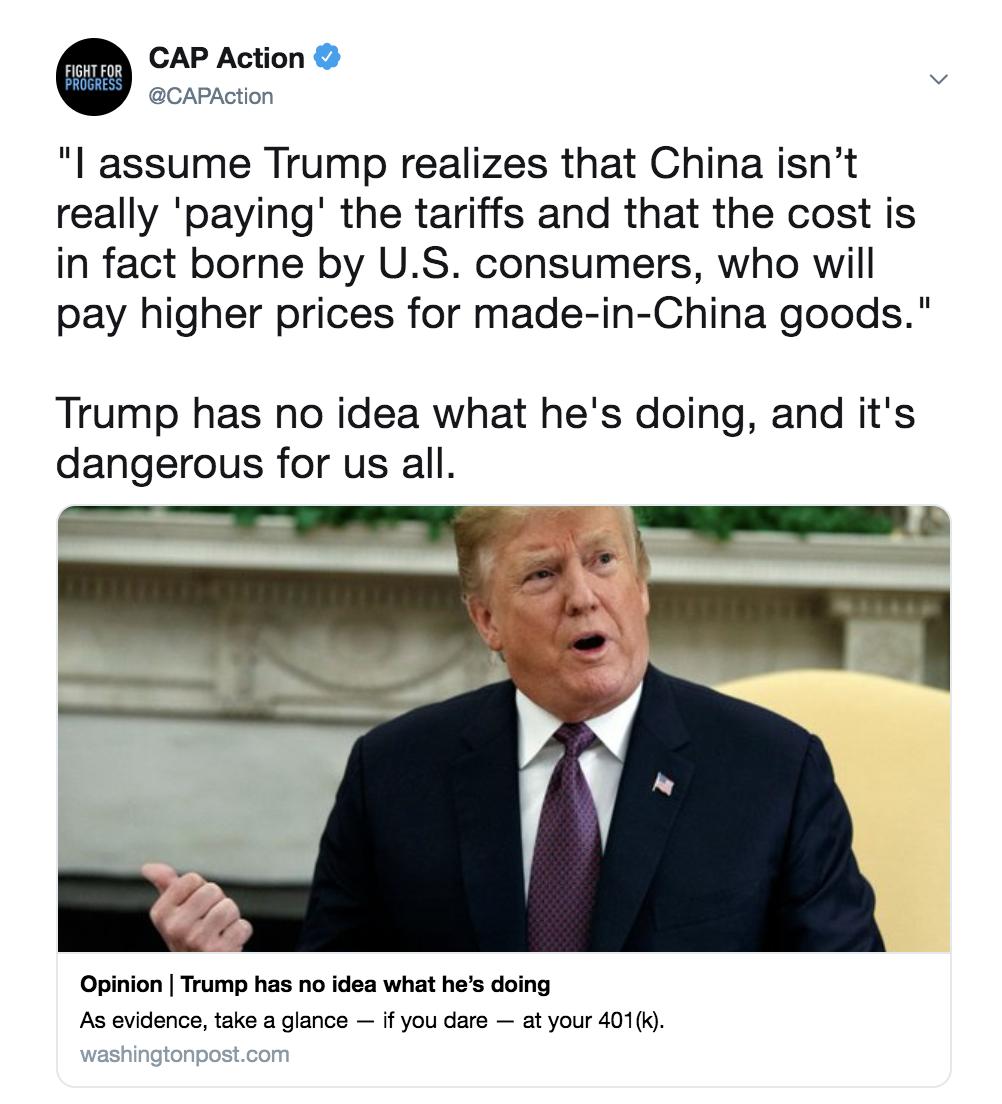 Trump’s ineptitude on trade isn’t the only thing endangering Americans: