Trump has no idea how working Americans live

“This president has no idea how we live paycheck to paycheck.”

As a single mom, programs like Medicaid, Medicare, and Social Security helped Heidi build a better life for her daughter.

Trump promised not to defund any of these programs. He lied, and because of his budget cuts, other Americans may not get the same chance to make better lives for their own families. 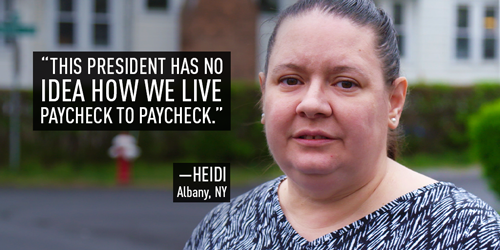 House Democrats stood up for Dreamers. Your move, Senator McConnell.

By passing the American Dream and Promise Act of 2019, House Democrats sent a message to Senate Majority Leader McConnell and their Republican colleagues in the Senate: We’ve done our job. It’s time to do yours.

Republican senators have publicly pledged their support for Dreamers:

Will they demand that McConnell allow them a chance to keep their word?

The American people overwhelmingly support legal protections for Dreamers and other eligible immigrants. Now, it’s up to Senate Republicans to force McConnell to allow a vote on H.R. 6 in the Senate. Send a message to your senators by sharing this tweet: 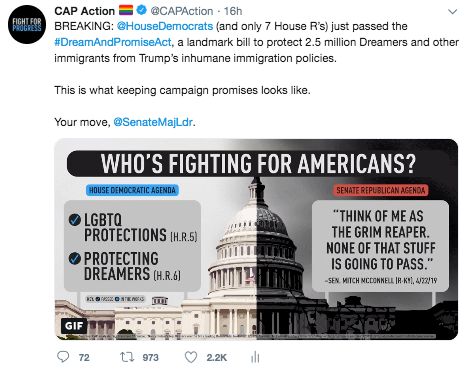