Trump swore that “the jobs, incomes, and security of the American worker” would be his “first priority.”

Does this sound like an administration that has kept its promises to working Americans?

Heading into Labor Day weekend, share this thread to spread the word: Workers are paying the price for these broken promises: 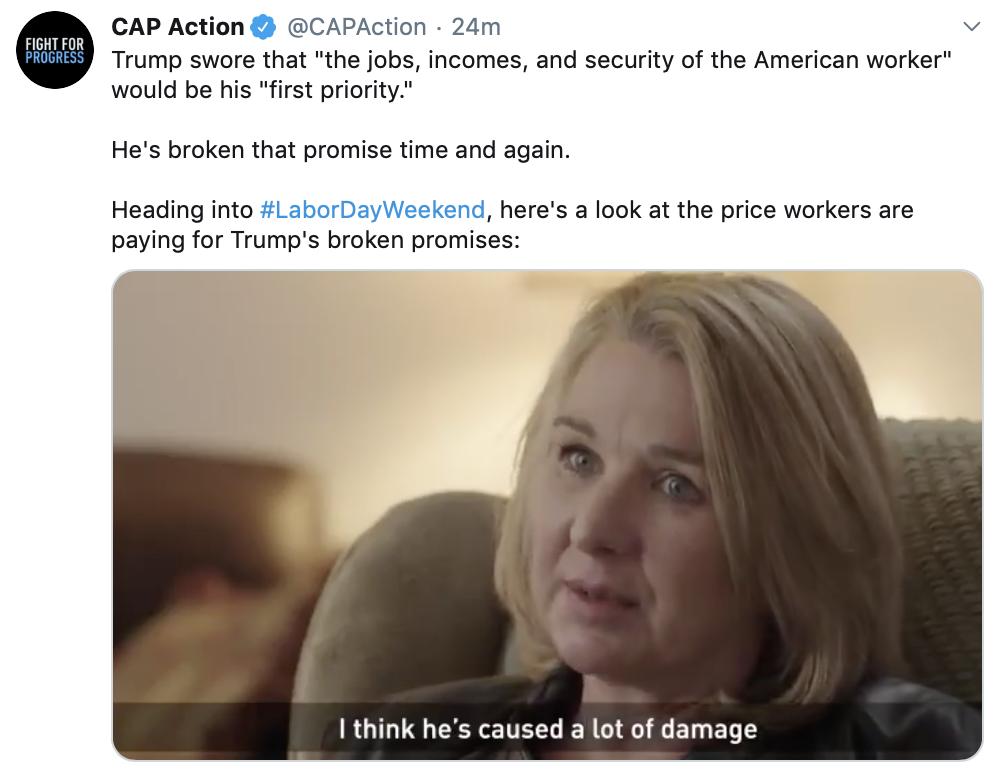