How Trump’s broken promises are hurting you

Trump made big promises to American families, claiming he’d work for them, not the rich and powerful. Instead, he has attacked our health care and our wallets every day since he took office.

From lowering drug prices and protecting health care to saving manufacturing jobs and rebuilding our roads and bridges, Trump has failed to keep his word, and working families in every state are paying the price.

Here are just a few examples of Trump’s broken promises: 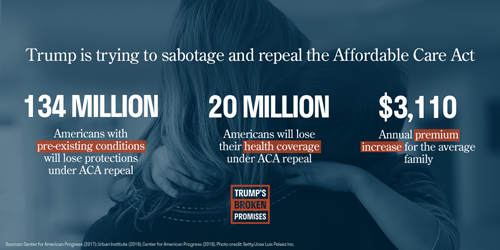 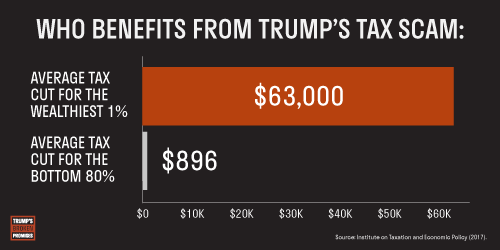 While Trump spends his time ranting on Twitter, golfing, and watching Fox News, his policies are hurting American families. Spread the word by sharing TrumpsBrokenPromises.org with your friends and family.

Four years ago today, a white supremacist entered the historically black Emanuel AME Church in Charleston and murdered nine congregants in a racist and targeted attack.

This marks the second time in less than a week that we’ve acknowledged the anniversary of a mass shooting. Meanwhile, 96 Americans die every single day from gun violence. That adds up to an average of 35,000 people a year.

When will it be enough for Senate Republican leaders to act?

One of those bills, H.R. 1112, is bipartisan legislation that would address the dangerous loophole that allowed the Charleston shooter to obtain his gun. The “Charleston Loophole” enables people prohibited from owning guns to purchase them before a background check is completed. For more information, check out this explainer.