Trump’s D.C. hotel is a hotbed of corruption

Reports show that Ivanka Trump, a senior advisor to the president, made $4 million last year from her dad’s D.C. hotel. Trump himself reportedly made over $40 million.

How did they make that money? Lobbyists, Republican groups, and foreign leaders have spent MILLIONS at Trump’s D.C. hotel, gaining influence over Trump by filling his pockets. 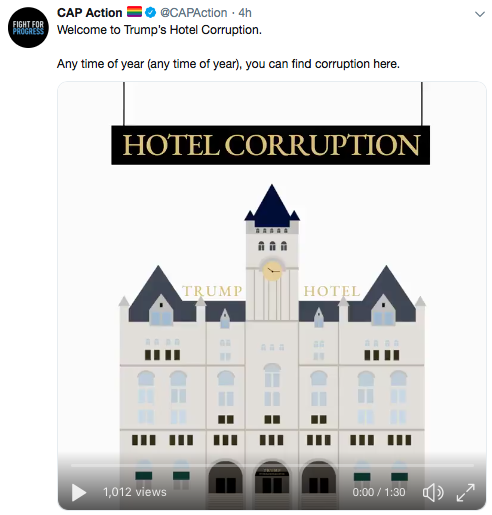 Trump’s hotel and business dealings aren’t the only proof of his corruption. His administration is as corrupt as they come, and that fact is especially evident today: