The White House letter to Congress was a desperate farce

The letter was full of lies, but its message was clear: Trump is determined to obstruct any investigation into his impeachable abuses of power.

Trump can try to stonewall Congress all he wants, but we already know that he committed impeachable offenses: he admitted it in his own words. He undermined our national security and asked foreign governments to interfere in the 2020 elections.

Share this thread to make it clear: Congress must hold Trump accountable for his betrayal of the Constitution and his oath of office. 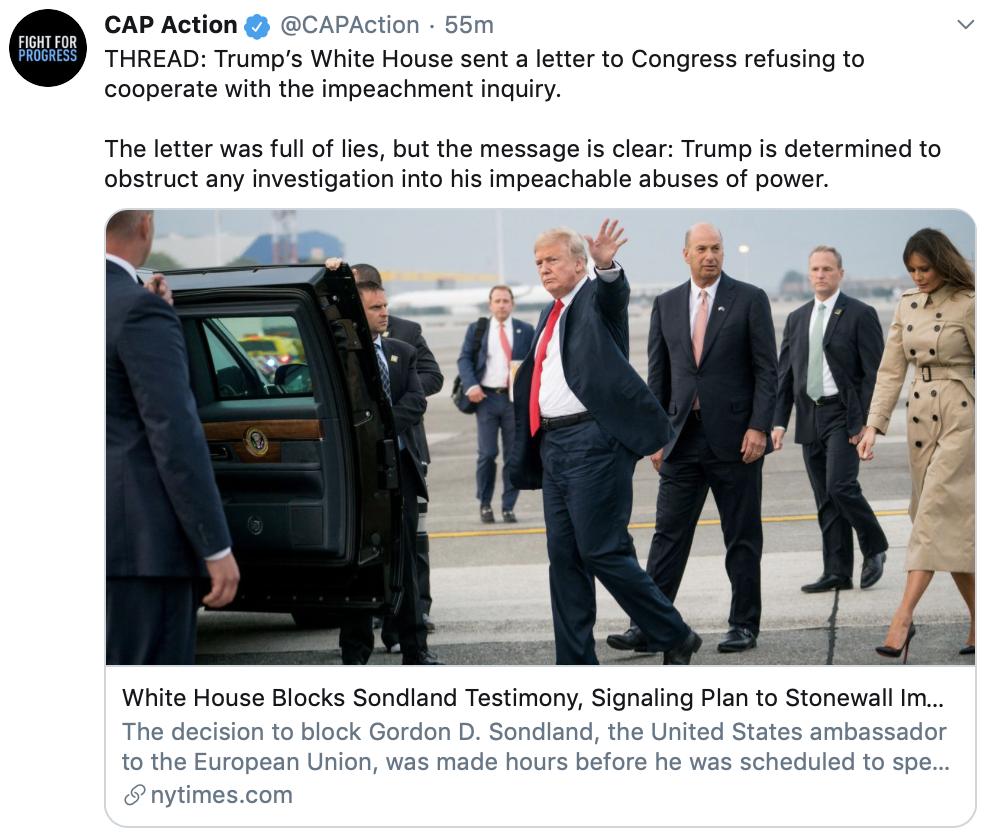 We fact-checked a few of the most flagrant lies in Trump’s letter to Congress: