New numbers are in, and the GOP dream continues to be realized: Corporate profits skyrocketed again, while wages remained flat.

Starting in January, House Democrats will start working to stem the Republican corruption that is making the problem worse and move toward an economy that works for everyone, not just the wealthy and big corporations. 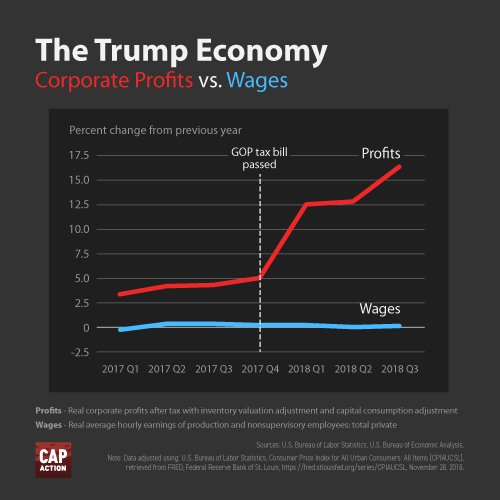 BIGGEST PROOF YET OF COLLUSION AND OBSTRUCTION.

Between the actions of former Trump campaign adviser Roger Stone and former campaign chairman Paul Manafort, Special Counsel Robert Mueller has the biggest proof yet of collusion and obstruction of justice.

The case for collusion: Roger Stone

The case for obstruction: Paul Manafort

The walls are closing in on Trump and Russia, and it’s no surprise that Trump is ramping up his attacks on the special counsel. Senate Majority Leader Mitch McConnell won’t allow a vote on legislation to protect Mueller. Every day it’s more clear that Congress must refuse to vote for any continuing resolution that doesn’t include #ProtectMueller legislation.

Check out a new explainer from The Moscow Project on Mueller’s search for (and identification of) collusion.