Trump promised that he’d “take care” of farmers. Instead, farmers and other working Americans are paying the price for his administration’s reckless trade wars.

Take farmers in Wisconsin, for example, where Trump spent hours last night bragging (and in many cases lying) about his “accomplishments” for families in the state. Let’s remember what Trump’s administration actually did for Wisconsin families last year: waged a trade-war-by-tweet as 818 of Wisconsin’s dairy farms closed. As of August, Midwest family farm bankruptcies had skyrocketed 45% under the Trump presidency.

As Trump prepares to sign phase one of a trade deal with China today, the heavy costs of his administration’s trade wars are still wreaking havoc across the country. For farmers like Jerry, a dairy farmer from Wisconsin who shared his story with us, those costs will be felt for months—even years—to come. 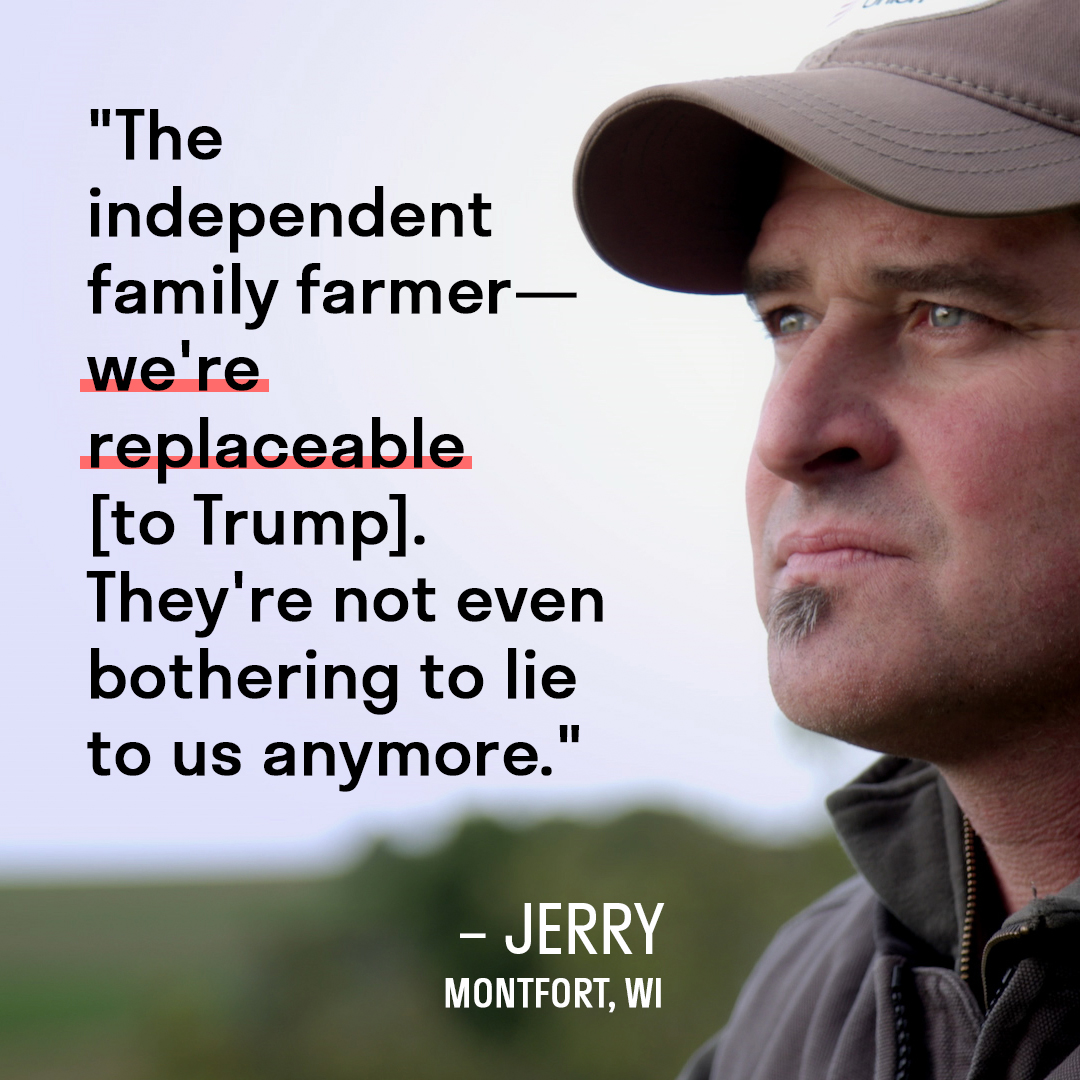