Trump’s ‘unity’ speech was a sham

Even as Trump was visiting the victims of a white nationalist massacre, and the White House was putting out campaign ad videos exploiting his visit, Trump was advancing his white nationalist agenda to show the most dangerous parts of his base that he’s still with them. Here’s how:

Share this video to make sure everyone knows the extent of the Trump administration’s cruelty: 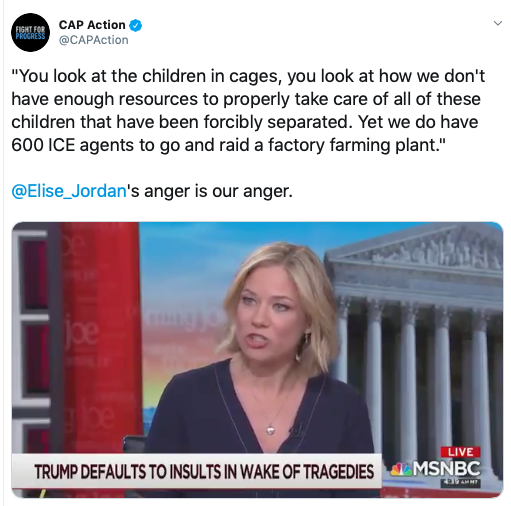 3. Using the “both sides” argument

On a day that should have made any president step back and look at the deadly consequences of hate in America, Trump was again consumed with political attacks on Democratic presidential candidates and members of Congress.