Trump’s war on the middle class

Remember Trump’s “middle-class” tax cut? Not so much.

“No one will gain more from tax cuts than low and middle-income Americans.”

That’s what Trump said on August 8, 2016. Three years later, it’s clear that he broke his promise to working Americans:

As CAP’s Sam Berger put it in MarketWatch today, “Trump has turned the government against the middle class.” 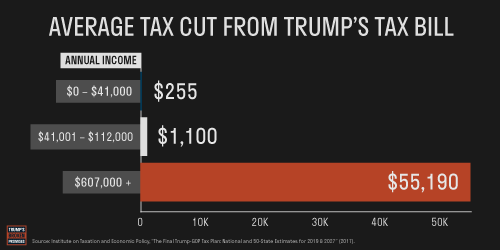