Turning the Tables on Trump

Trump’s economy rewards the rich and powerful and leaves working Americans behind.

His health care plan is nonexistent—aside from non-stop attacks on the Affordable Care Act that would leave millions of Americans without coverage.

He’s done nothing to help working people. Progressive leaders have plans to do just that. 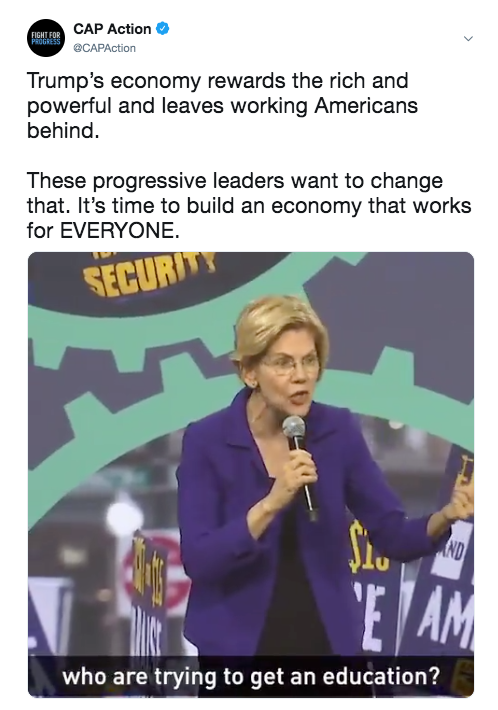 Progressive leaders around the country continue to roll out bold policy proposals that share the same goal: helping working Americans.

Just this week, leaders introduced many policy proposals that feature ideas championed by our sister organization, the Center for American Progress: