Hurricane Dorian devastated the Bahamas over the weekend, killing at least five people, including children. Now, it’s heading toward the southeast United States. Instead of monitoring the situation and helping to prepare the nation over the weekend, Trump cancelled his visit to Poland so he could spend his time tweeting and golfing.

Last week, as communities were scrambling to prepare for climate change-fueled Dorian’s chaos, Trump stripped $155 million from FEMA’s disaster relief fund and reallocated it to ICE. Why? To make sure ICE has all the money it needs to carry out his cruel immigration agenda. 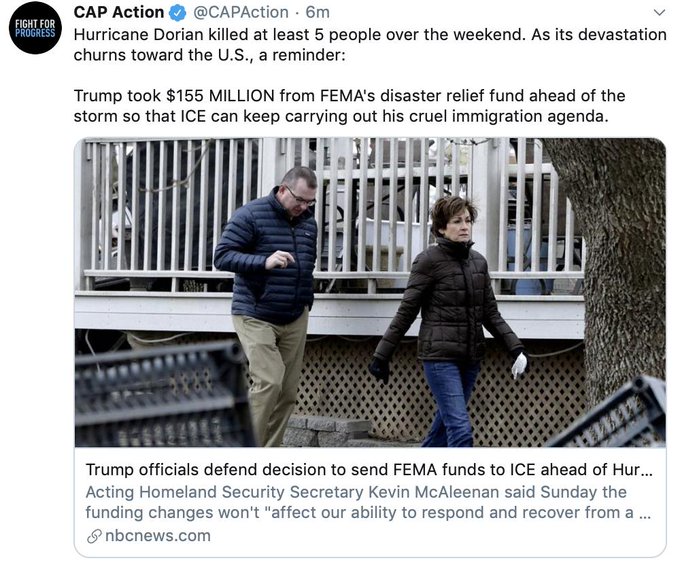 Since day one, Trump has done everything he can to exacerbate climate change, undermine the science, and exploit our environment by pushing a pro-polluter agenda:

As Trump and his Republican allies cater to their industry donors, progressive leaders are rolling out bold plans to tackle the climate crisis before it’s too late. Tune in to CNN’s climate town halls tomorrow night at 5pm EST to hear a progressive vision for combating climate change, and follow @CAPEnergyPolicy on Twitter.