Your two minute guide to the Mueller report

It describes a clear attack by a hostile foreign power on American democracy—and makes it clear that Trump and his team amplified, defended, and encouraged the Russian attack along the way. Tomorrow, we’ll hear testimony directly from Mueller himself.

One major challenge: Most of the country hasn’t had time to read the 448-page report. Don’t worry, we’ve got you covered. 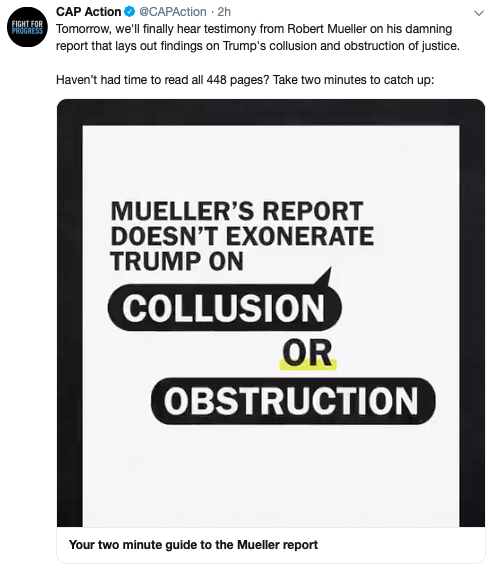 Trump makes a lot of promises about how his administration’s policies are going to help the middle class. As The New York Times wrote today under the blunt headline, “Trump Relies on Populist Language, but He Mostly Sides With Corporate Interests”: