“These weapons do not belong in the streets of America.”

Jason Kander, a veteran of the Army National Guard and former Missouri Secretary of State, knows firsthand the damage weapons of war can do; he carried them on duty in Afghanistan. That’s why he has a clear message: “These weapons do not belong in the streets of America.”

70% of Americans, including a majority of Republicans, support banning assault weapons in the U.S. It’s Trump, Congressional Republicans, and the NRA who are opposed, and their opposition is costing lives.

Watch and share this video to help spread Jason Kander’s message: Assault weapons do not belong on the streets of America. 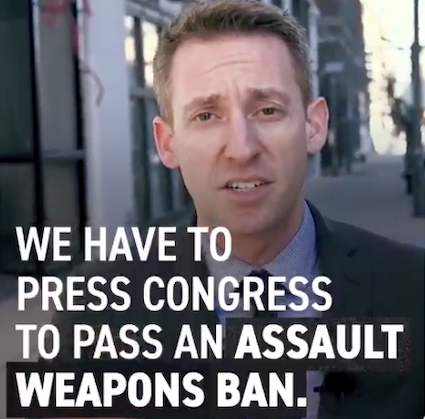 “It was, all in all, a stunning display of incoherence—even by Mr. Trump’s standards.”

That’s how the Washington Post Editorial Board described Trump’s behavior at the G-7 summit over the weekend, and they’re not wrong. In between incomprehensible tweets—many of which were sent during bilateral meetings with other world leaders—here’s what Trump accomplished at the G-7:

It’s clear that Trump doesn’t take these summits seriously. As the Center for American Progress’ Michael H. Fuchs wrote today, “Coordination amongst the world’s democracies is vital to addressing any of the grave challenges we face in the 21st century…Maybe cancelling the summit one year will serve as a powerful reminder of the importance of the values that these democracies are supposed to stand for, and how necessary the G7 is when it lives up to its mission.”